CCSS Standard:
Reading Literature 7.9  - Compare and contrast a fictional portrayal of a time, place, or character and a historical account of the same period as a means of understanding how authors of fiction use or alter history. 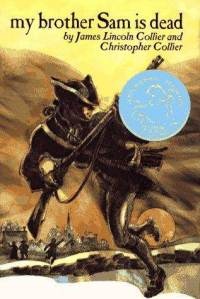 Text selection for this standard offers many opportunities to integrate Global Education in a lesson or unit.  A text like My Brother Sam is Dead not only allows for looking at historical account of the Revolutionary war.  Historical accounts from France, Germany, England or the Native Americans could be brought into discussion and compared with the author's presentation of the historical events

Global Competency: Recognize Perspectives, others' and their own - Using  My Brother Sam is Dead, the teacher can bring in historical accounts of the Revolutionary War from the British perspective using a text such as this bbc.co.uk article on the American Revolution (http://www.bbc.co.uk/history/british/empire_seapower/american_revolution_01.shtml).  Students could then take the position of either the character Sam (the Revolutionary) or his family (Tories) to argue their cases about the Revolution.

Additionally, classrooms could use ePals or Skype to connect and collaborate with a class in the UK to discuss how the American Revolution is currently perceived and / or taught in both countries. This could be done through shared reading of the novel, Padlet walls, or collaborative blogs focusing on both sides of the conflict.

Students will compare and contrast historical perceptions of the American Revolution both in the fictional novel My Brother Sam is Dead and through other non-fiction texts of the time period by using a Venn Diagram.

Students will role-play as a character in My Brother Sam is Dead and demonstrate their understanding of the character's perceptions through trying to persuade the narrator which side of the war to be on using arguments found in the novel and in the historical documents.